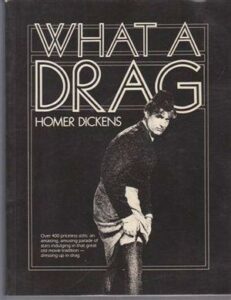 Homer Dicken’s book What a Drag: Men as Women and Women as Men in t he movies features a surprisingly large number of women in drag. But with the exception of Marlene Dietrich, Greta Garbo in Queen Christina, and Julie Andrews in Victor/Victoria, few are memorable. This is the point: There is a familiarity about many of the men in drag that denotes, I think, a certain convention inscribed in the popular imagination. Given the relatively forgettable nature of much male impersonation, it is ironic when, in her book Hollywood Androgyny (New York: Columbia University Press, 1985), Rebecca Bell-Metereau points out that “in distinct contrast to the relative rarity and negative connotations of the female impersonation before 1960, females dressed in male clothing appear frequently in American film”